“The nerve damage in your neck, hands, arms and shoulders began when you were six months old.” It was a year ago, February 2014, in Thailand in the beautiful rain forest jungles on Surantani lake, that I heard the voice speak to me while I was sleeping. Clear as day, I heard it. There, that’s the point of pain, the source of my lifetime trauma. Me, being strapped to the table and screaming bloody murder for freedom. My neck was tweaked in an upward strain that caused the 45 years of pain. That was the injury. “Now, let’s unravel the energy stored there,” the voice said. I had been asking for this healing for several years.

I returned from Thailand, and several months later I was working with a client who mentioned she had gotten prolotherapy and it had been effective for healing her damaged ligaments and tendons after her traumatic multiple car accidents. I remember thinking I should check that out ‘someday.’ Then my friend Lori suggested I meet Dr. Steven Sorr, who focuses on men’s health as way to network. That was all she said other than that he had a sexy office and had great energy and that I should meet him. 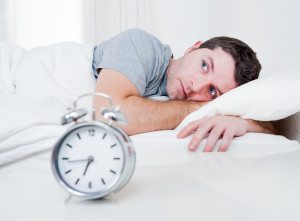 I scheduled a Saturday afternoon to meet him for networking and learn more about what he does. As I toured his beautiful office, we ended up in his exam room where we sat and chatted. It was halfway through that meeting when he lit up even more than before, and began talking about his passion for injections.

Somewhere in there, he mentioned prolotherapy and everything changed for me. A light bulb went off. We did a little exam on the table and then everything in my life changed in one phrase. I had become more and more interested in what he was saying until that moment when he called ME out on tolerating my own pain.

Wait a second, that’s what I say to my clients. For the first time, I got to hear it from someone else back to me, about me. I had never really thought that I, Jesse Ferrell, could be out of pain, I had it that I would always be in pain,  and that I would need regular, ongoing, non-stop therapy to keep me minimally feeling better.

I said to him, “Wow, that just hit me like a ton of bricks.” I felt myself going into protection mode. My whole body had a physical reaction. Within minutes, I had scheduled my first three sessions with Dr. Sorr. I hugged him as I left in gratitude.

As the needle pierced through the next spot on my neck my whole body seized in fear, protection. I’m not really sure what it was. I continued taking short, deep inhales and exhales. Some spots more painful than others. each time clenching my buttocks, feet or legs to avoid moving my neck. I already have a fear of needles and now they are going into my neck where I experience the most chronic pain. I hear the doctor saying, “You’re doing great Jesse, this is not easy. a lot of past energy is tired in here.”

Then I began to feel it. The emotion coming on from the memory. The pain. The lifetime of pain. The pain I have suffered with since I was six months old. I suddenly felt myself releasing energy throughout my body and I began to weep then cry and then bawl like a baby. The doctor handed me a tissue. I was beginning to feel the effects of the numbing in my neck.

It was more than that. it was a glimpse of freedom was without pain for the first time since I can remember. I wept even more, getting present to how long I had suffered and tolerated my own pain. Isn’t this what I say to “other people?” My clients and friends? I had never really looked inside and seen, felt or even had the thought for myself that I could be out of pain.

It was the doctor saying this back to me (what I say to all my clients) that brought me to his table only three days after meeting him. He said all the things my energy and spirit needed to hear. He touched places on my body  and knew the exact spots where all my chronic pain was. It all sounded and felt very familiar to me. This is often what my clients say to me about me.

When he called me out on ‘walking around in my silent pain,’ I felt my body immediately curl up in a child’s protection mode. He was right. I’ve been walking around in pain for 45 years. For the first time ever, I heard what I say to others, “You’ve been walking around tolerating and living with and existing in your pain and thinking it’s normal,” or “Well, this is how it’s going to be the rest of my life.”  For the first time, I caught a glimpse of me without pain in my neck, with full range of motion, looking around with freedom, being able to drive without restriction, sleep in peace, and many other thoughts flashed in that moment.

The needle went in again, this time even more pain in the local area, “That’s the spot,” he said. My feet were rigid. Legs tight. Fingers flicking out energy, numbness, tingling. I was breathing rapid and shallow. f***k f***k f***k! That’s the spot of all my pain. My mind was racing, thoughts swirling around. I felt dizzy, yet I was laying flat on the table face down. I was still in pain in the moment, but I continued to be caught up in the possibility of my neck being free.

How much would this impact my shoulders, arms wrist hands? How much more energy would I have by sleeping better being free of neck pain? How much was the rest of my body compensating for this pain? What would I be able to do now that I haven’t been able to because I have stopped living life fully?

I sat on the edge of the adjustment table weeping. the doctor handed me another tissue. I said, “I can’t believe I’m crying,” and then immediately answered myself by saying, “yes, I can.” I know the amount of energy that has been stored in my neck from trauma.

I was helpless, only six months old.  A pregnant woman in my mom’s church demanded that my mom take me to the hospital and immediately have me tested for measles because of a rash on my body. My mom was recently divorced and easily manipulated and bullied. With no one to emotionally support her, she yielded to the woman’s demands and took me to the hospital.

The doctor told her the only way to know for sure whether I had measles or not was with a blood test. They tried several times to take blood from my tiny arms before a more “experienced” nurse came in and scolded them for even trying that with such a small child. She told them to prepare me to take the blood from my neck. Having already been poked with needles multiple times, I fought against them when they tried to put a needle into my neck. She told my mom to “Step out of the room.” Mom was scared and knew they were going to hurt me, but she didn’t know how to stop them. She heard me screaming and growling in terror and pain as they tightly wrapped me in a sheet so I couldn’t move as they put the needle into my neck.

About three months later, I had my first repair surgery to correct my cleft lip. Post surgery, I constantly pulled at the stitches in my mouth, and to prevent this behavior my arms were put in small child-size splints. My mom stayed with me in the hospital for the five-day recuperation, sleeping on a blanket on the floor under my hospital crib, which resembled a cage more than a bed for a child.

The only way she could keep me from crying and hitting against my lip with my splinted arms was to rock me in a swing or pull me down the hospital halls in a little wagon provided for parents. My dad never came to visit me in the hospital. There is no going back physically in time to unravel those events, but here, in the doctor’s office 45 years later, I was unwinding the energetic and emotional impact.

Every now and then in life people come into our lives to further our healing process. How do you know who they are? If i had taken anyone out of the puzzle that led me to Dr. Sorr, would I have had this experience?  Do we know when they have arrived? Do we take the next action step? Do we trust the signs universe, god or whoever you believe, that brought them into your path?

I ask you to be still and listen to your own inner voice and guide and trust that voice. Find your healer, your community to support you in this journey. Ask for support and be ready to receive it.  And so my own journey of healing continues. For now, it is with Dr. Steven Sorr. I’m grateful for listening to the signs that led me to him.

We're not around right now. But you can send us an email and we'll get back to you, asap. 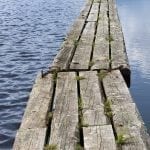