Giving the gift of trust is as valuable as receiving it sometimes.  We trust our friends and families, we trust strangers sometimes, we trust that mostly, the world is good and that people are worth trusting.  When we choose a doctor, a counselor, a dermatologist or a massage therapist, we give them our trust.  We trust they are professionals, that they know what they are doing, and that they will not hurt or betray us.  This is a story of ultimate trust:

His eyes burned with a sharp intensity, the focused, hard, determined intensity of someone with a mission to see through to the end.  Books, separated by those that were precious to him and those that were not, spread out on the living room floor.  The Torah, and all the books of his Jewish traditions and teachings were in one pile, a pile he meant to go to his father. He questioned them, wondering what any of it meant and if any of the writings possibly had any truth to them. Did he even believe in the words that were printed on the pages of these heirloom books, these many lessons and stories passed down through generations of scholars and families, these histories and laws, these things he held sacred and followed to the letter.  Did any of it matter?

He wore his boots, still covered in the red, dusty, sandy mud that covered them the day he and his team, his friends, his fellow Marines hit an IED and the world as they knew it was shaken to its utter core, disappearing in a flurry of sand and metal shrapnel.  Helpless, he watched as the life was ripped from their bodies, drained from their eyes; instantly, violently, without warning.  Untied, half-laced, and leaving a trail of Afghanistan’s dust, he wore those boots as he went from room to room, packing his things into neatly labelled boxes.

Neatly organized, his Purple Heart, his Medal of Honor, his ribbons, all the awards, recognitions and a letter from one of his superior officers, were on the edge of the counter, lined up as though ready to be displayed.  His dress uniform, neatly pressed, lay at the end of his bed, his service pistol, next to it.  All the things he carried home, photos, dog tags, the scars on his chest, a piece of stone, a VHS tape bought from a child in the streets, letters from the girlfriend who simply couldn’t stand by him as he served his country,  all these things, neatly organized and readied.

He paced, not frantically, but with a cold, determined focus, speaking of his time in the war, questioning his god, doubting his very existence and everything he thought he believed, all these were under a microscope, needing proof of their value, their truth.  His world was built on shaky ground, a swamp, a sandpit. His very foundation was cracked and unstable.  He struggled, just as Arjuna, to reconcile his religion with his duty as a warrior in the Bhagavad Gita.  His warrior spirit was broken, possibly irreparably, and he was alone on the battlefield now.  Consumed with the despair, the guilt and the hate that had been driven into him, his overwhelming grief  had taken hold of his mind.  This warrior, who once was jovial, lighthearted and full of hope and life, was now filled with sadness, rage,  and confusion.  He could not forgive the broken promises of his government, his religion, his god, or himself.

Beyond the physical pain in his young body, the scar tissue and broken down cartilage, he was left with an anxiety, a nervousness, a sadness, and a feeling of being completely alone.  Alone with his nervous system that now, rather than telling him when danger was near, told him that danger was always near, that every drop of a penny, slamming door, or clapping of hands was a threat.  His mind and his nerves betrayed him, telling him that every person who looked of middle eastern descent was an enemy, that each time there was a noise outside the window, some attack was under way.

I sat there, and let him cry, let him question, let him tell me about his friends and his enemies, who were bound together now, in this karmic web of war.  He told me these stories as he packed his things, wondering what he should give to his parents, what should go to his sisters and what should be burned.  He pondered the value of his things, one by one, as he contemplated the end of his life.  I sat there and tried to conjure the words that could give him even a glimmer of hope, a shred of light, feeling like I was failing, and terrified as he toyed with his pistol, loading and unloading it, terrified that he would suddenly put it to his temple and pull the trigger.

I sat there all night, tears silently rolling down my cheeks as I listened to his thoughts come out, his deepest fears, his sins, his burning rage,  his dread,  the will to live drained from him, his pain, physical, emotional, spiritual, down to the roots of his soul, percolating to the surface and finally able to be released.  I sat there and gave him the only thing I could give, empathy, unwavering trust that I would not betray him, and unconditional friendship.  I know what it feels like to be involved in another man’s death, I know what it feels like to be utterly alone, I know what it feels like to be full of rage, sadness and spiritual disconnect. Intertwined by karma, unraveling the stories we were told as children, unraveling the stories we told ourselves, excavating to the bottoms of our very selves, we were caught in this vortex that only soul mates can know.  We unraveled all the painful memories down to each cell in our bodies, and through our physical selves and allowed ourselves to be completely open, honest and to wholly trust each other, without limits, boundaries or conditions in this tiny snapshot of time.

All night I sat there.  And finally, exhausted from expelling all that pain, all those emotions, exhausted from bearing the weight of that heavy grief, finally, he sat down and let himself cry.  Really cry, heartbreaking sobs, letting all the pain of his entire existence out, letting it go and lightening the load.  Then, suddenly, the sun began to rise, shimmering its glory on the ocean’s blue-green glassy surface, shining it’s golden warmth on a new day, another chance, and the possibility of healing.

We're not around right now. But you can send us an email and we'll get back to you, asap. 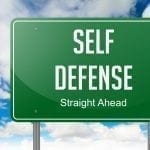 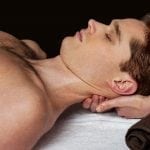